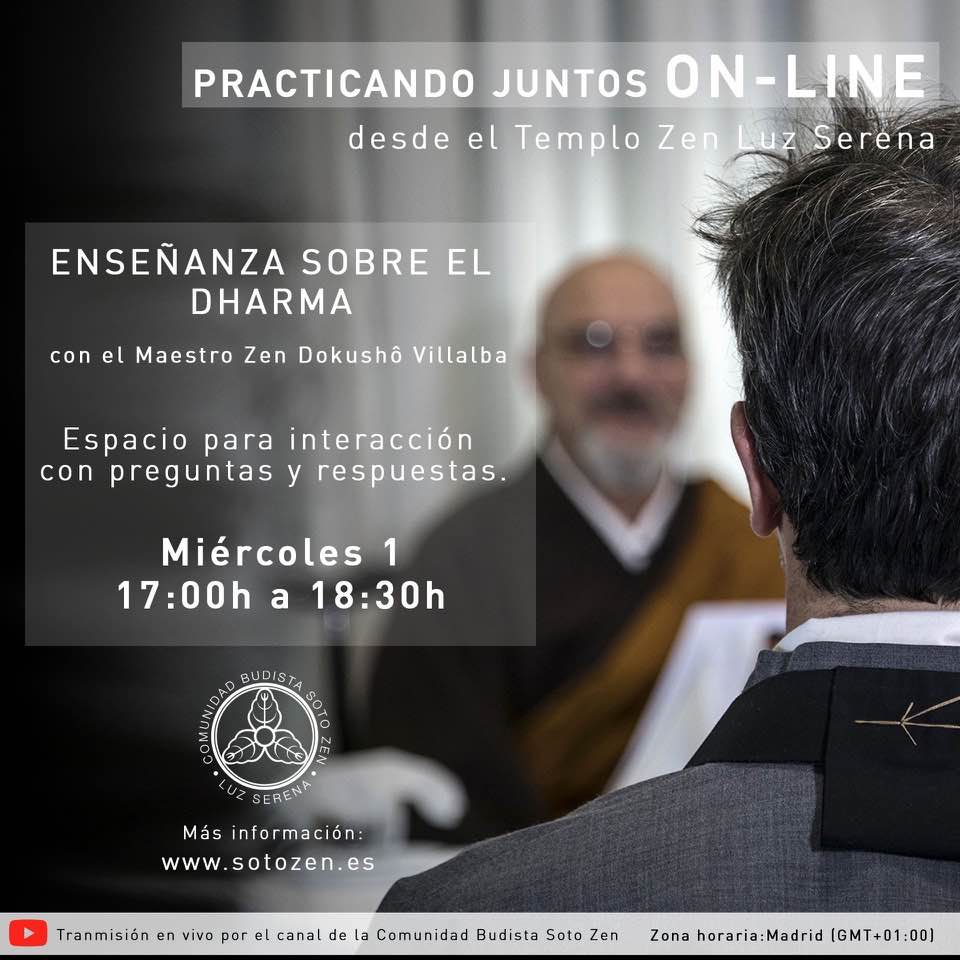 An archery apprentice starts shooting at a large target, then he changes it for smaller and smaller targets. His first pitches drift away from the target but, over time, your shot only misses the target by a small margin of error. First shoot and hit something big, then shoot and hit something small. Later he is able to reach a hair and, over time, reaches one hundredth of a hair. After, the last arrow fired hits the arrow that has been previously fired into the air. Successive arrows prevent previous arrows from falling to the ground.

This is how it is for everyone who practices the Via. Moment after moment (new year Nian Nian) his mind remains focused. Thought after thought (please-please Heart heart), without the slightest discontinuity, not even during a brief interval of consciousness, (new year read), practice correct mindfulness to the present (cheng-nien _ read), without breaking its continuity[2].

As he says Prajña-paramita Sutra:

"Use the arrow of wisdom to reach the three gates of liberation and, by a regular succession of arrows, don't let them fall to the ground ".

Even more, [practice the Way] it's like lighting a fire by friction: without hot, there is no flame. Aunque uno quiera encender el fuego, the flame does not ignite.[3]

[Practice the Way] it's also like owning the wish-granting jewel[4] and be able to get everything you want. If suddenly one loses the jewel, continually think about it and don't forget it.

This is also like the one who has received a poisoned arrow. The tip that has entered the flesh makes him suffer so intensely that he cannot think of anything else. This is how you have to consider the mind, moment after moment.

The secret essence of this Dharma should not be passed on to the unprepared. It is not for resistance to transmit it, but out of fear that unprepared people will not believe in it and fall into the grave error of slandering the Dharma. You have to choose the right people. We should not be in a hurry or speak hastily. Pay attention to what I tell you!

Although the ocean of Dharma contains unlimited methods, actual practice can be summed up in one word. Once the meaning is understood, the words are forgotten. But nevertheless, without using another word, you can achieve complete understanding and grasp the sense of buddhahood.

[1] These five principles are: 1) Recognize that nature (essence) of the mind, which is pure and undefiled by nature, y Buddha son lo mismo. 2) Recognize the creativity-function of the mind. This creativity-function engenders the rich multitude of dharmas. Due to its function-creativity, the mind is always producing but, at the same time, remain continuously calm, ya que incluso las diez mil creaciones ilusorias forman parte de su Talidad. 3) Stay constantly awake without interruption to the continual unfolding of the mind [behind your eyes and in front of them], always aware that reality has no form. 4) Always recognize that the body is empty and remains calm, that the inner and the outer co-emerge and that the body is at the center of the Dharmakaya y que nada puede obstaculizarlo. 5) Always stay in the state of "oneness without distractions", both in movement and in stillness, continually.

[2] Cheng-nien is part of the Eightfold Path. I know is about correct mindfulness. It is also a term that became popular in Pure Land tradition in reference to the promise of rebirth in the Pure Land based properly summoning (cheng-nien) the power savior of amitabha. Here, but nevertheless, is derived from the Vimalakirti tradition.

[3] Based on the I chiao ching in a passage recommending that people develop constant effort (ching-chin, Skt. Viryaparamita), one of the Six Perfections on the Bodhisattva way.

[4] Ju-i-chu (Skt. Cintamani) It is a gem that grant wishes. This image is also related to heat due to the story of Mahadana who lost her cintamani at sea. To get it back, began to collect the water from the sea with such intensity that the Dragon King feared let the sea dry up. In consecuense, set out on the search and found the gem by Mahadana, thus allowing other beings to receive their wishes.